The word “moose” comes from the Algonquin Native American word “Moswa,” and translates to “twig eater.” But don’t let their herbivorous nature fool you. Moose are not docile creatures. Every year moose attack more people than bears and wolves combined. 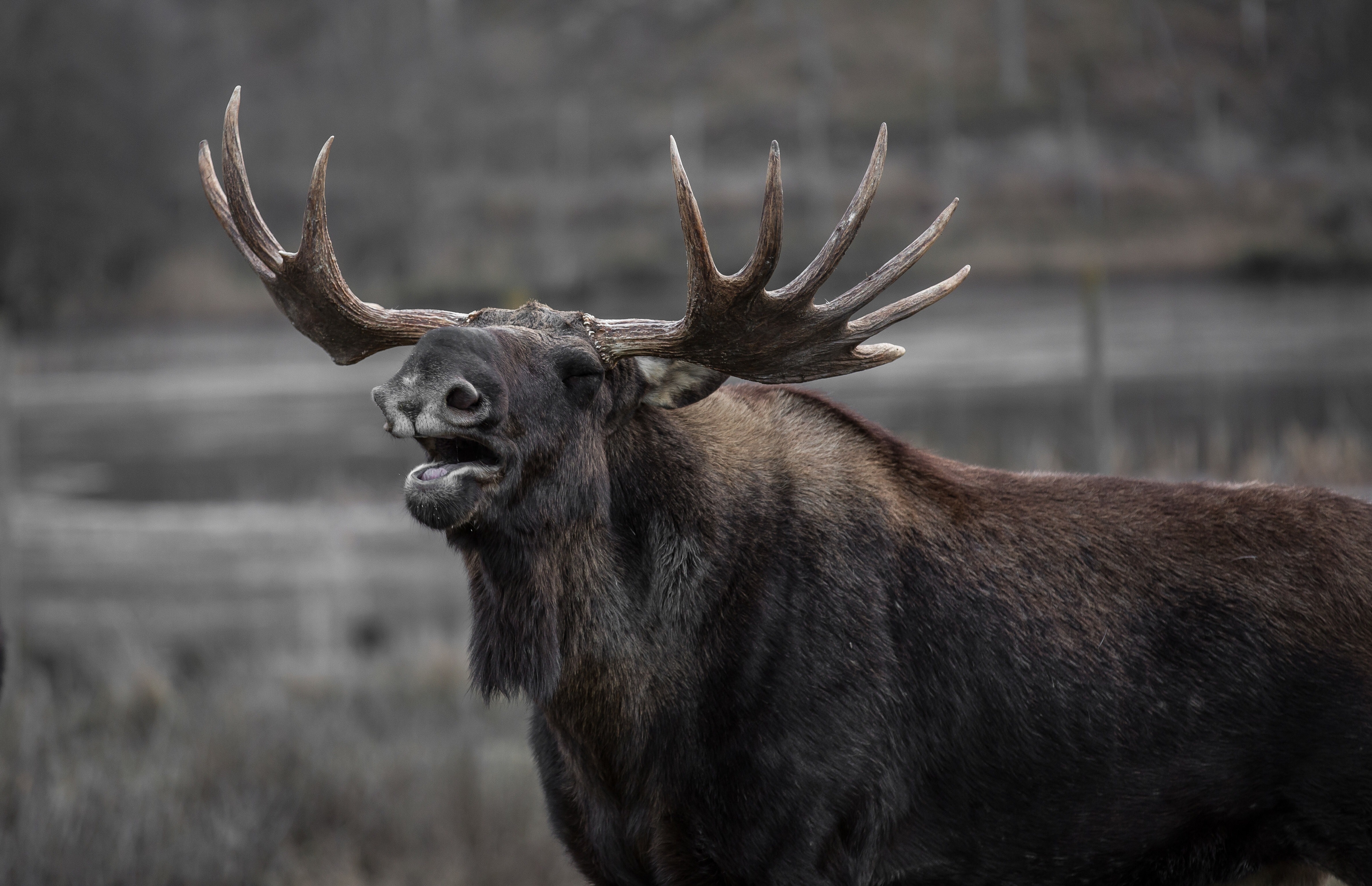 Moose are charismatic and recognizable, but you may not know that there are actually four distinct varieties of moose in North America. Most Americans probably live their whole lives without seeing a single moose, much less seeing one of every moose subspecies that shares our continent.

What Is a Moose?

Moose belong to the deer family and are the largest species in that animal grouping. Both bulls and cows can defend themselves against the fiercest predators in nature with their sharp hooves, strong kicks, and unwavering courage. They can seriously injure and even kill apex predators like bears and wolves.

All of the subspecies of moose forage for grasses, leaves, twigs, bark, and the aquatic plants they find in fresh waterways. Moose are excellent swimmers and surprisingly fast runners, able to move at over 35 miles per hour.

Eastern moose can be found in the northeastern part of the United States. Large populations live in New Hampshire, Vermont, Maine, and New York, and their range extends throughout eastern Canada. Bulls can weigh up to 1,400 pounds and reach over 6 feet high at the shoulders. Females, known as cows, reach over 5 feet high and can weigh as much as 800 pounds.

The range of the western moose includes western Ontario, Michigan’s Upper Peninsula, Minnesota, and North Dakota. The cows are similar in size to the eastern moose, but bulls are larger. A male western moose can weigh up to 1,600 pounds and stand nearly 7 feet high at the shoulder.

It’s no surprise that the Alaska moose is the largest of all subspecies in North America. The largest on record weighed 1,808 pounds and measured 7 feet 6 inches at the shoulder. That record has been held since 1897. The Alaska moose range all across northwestern Canada and the entire state of Alaska.

If you ever have the chance to visit Yellowstone National Park, chances are good that you’ll see a Shiras moose grazing in Yellowstone River—or at least a postcard of one.

The Shiras moose can be found throughout Montana, Wyoming, Utah, Oregon, Washington, Idaho, and Colorado. They are the smallest North American subspecies. Bulls weigh up to 1200 pounds and reach 5 feet 9 inches.

Because moose aren’t hunted as heavily as deer and because they tend to remain in wild, isolated places, moose have not developed a fear of humans like some other wild animals have.

If you are fortunate enough to spot a moose in nature, keep your distance. Moose will stand their ground, but this isn’t an invitation to come closer. And since the fastest humans on earth can only run about 27 miles per hour, you will never win a foot race with the majestic moose.

Moose are the largest member of the deer family. There are four subspecies of North American moose, ranging as far north as Alaska, as far south as Colorado, and from coast to coast.